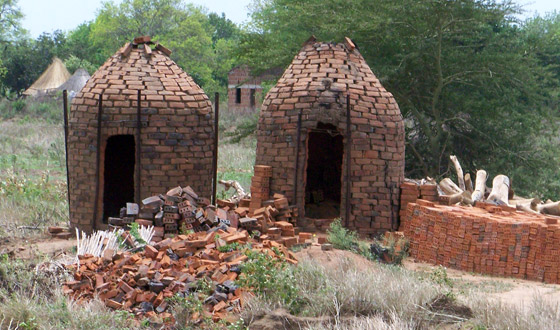 Mozambique flights can take you straight to the capital of Mozambique, that is to say the coastal city of Maputo. The city has a large harbour and is home to about 2 million people. Maputo (then called Lourenzo Marques) was established as the centre of trade and industry as far back as 1898, with the harbour serving as an important port for South African gold, which was transported to the city first by ox drawn wagons and later by rail.

Before the war torn 1970’s and 80’s, Lourenzo Marques was a highly fashionable city with an impressive skyline and popular nightclubs which operated until the early hours of the morning. The city was a cosmopolitan mix of African and Portuguese cultures; tragically the war tore the city apart.

Immigrants crowded the torn up buildings, the streets lay under a layer of litter and water and electricity were luxury services unavailable to the city’s inhabitants. Today the city is gradually moving toward the goal of achieving its former glory; with the famous Mozambique accommodation such as the five star Polana Hotel hosting wealthy guests once more.

Arguably Maputo’s most noteworthy landmark is the Fort of Nossa Senhora da Conceiao (Our Lady of Conception), which stood at the centre of the initial settlement which grew into a city.

The Central Railway Station is another important building, which may be mistaken for a palace of some kind… Then when the sun gets low you can get a bite to eat at one of the many excellent restaurants before heading to the Fere de Populare, if you fancy a taste of Maputo nightlife, for dancing to Latino music all night long. The area is quite safe, although you should not be surprised by the occasional proposal from one of the many prostitutes operating in the area.

A ferry can transport you to the nearby island of Inhaca, where you can see the maritime museum, the island’s historical lighthouse and even stay the night at the Mozambique hotels.

Wildlife enthusiasts on Mozambique tours should strongly consider visiting the Maputo Elephant Reserve, where you can spot crocodiles, hippos, jackals, antelope and of course elephants. Visitors to the reserve are flown in directly.